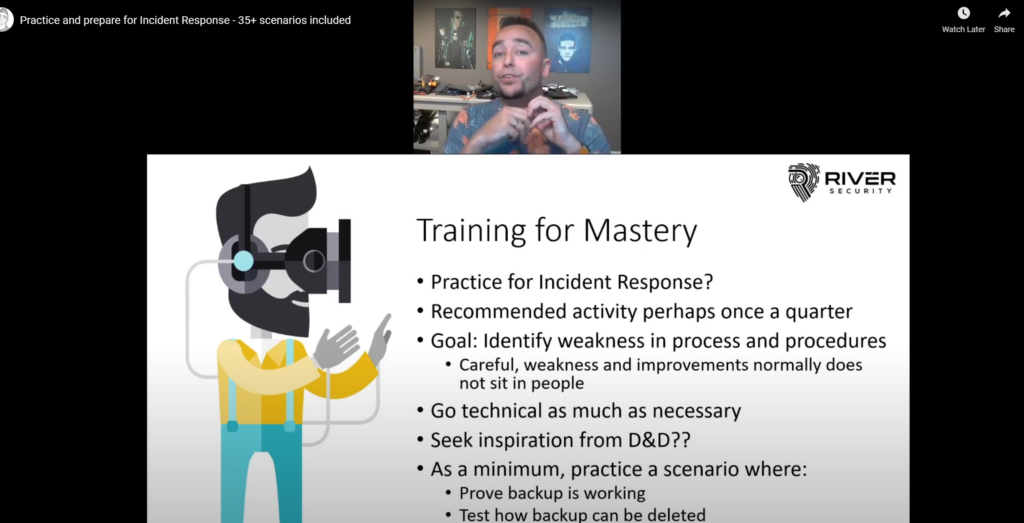 I recently published a video on YouTube on the aspect of practicing Incident Response scenarios, applying elements of gamification and planning out how we can plan to prepare against dealing with the different scenarios.

The video can be found here:

The lists of scenarios are included for your convenience in this post:

Watch the video on tips on how to practice these scenarios. Enjoy!